Free Airport Transfer from Jubilee Hotel Bandar Seri Begawan Brunei – Going to Brunei Darussalam for a holiday? Some people doubted me when I told them about my hoiday plan several months ago, before the Covid19 stroke the world. From the information i dig in the internet, I found out that two days will be enough to spend in Bandar Seri Begawan. 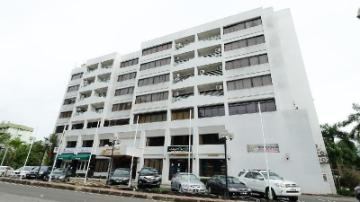 Bandar Seri Begawan is the capital of Brunei Darussalam. It is also the biggest city in the country of Brunei Darussalam. People told me that I will find difficulties to get public transportation in Brunei. I think since it is the richest country in South East Asia, all citizens have cars. Still, you can find public transportation which are bus and taxi but they are very rare.

Because of that reason, I decided to find a hotel which provides an airport transfer service. After did a search in some websites, I found that Jubilee Hotel Bandar Seri Begawan gives a free airport transfer to its guests. Besides, the location of this hotel is in the city center. So I did not wait for a long time to book a room.

After passed all the immigration checks, I met the driver who already contacted me through WhatsApp. For a rich country and capital city, I found the Brunei Darussalam International Airport was too modest. It was easy to find the driver among all pickers since I saw my name on the paper he held.

Based on the information I got, I knew that there is a public bus in the parking area. This bus is like a mini van which you should pay $2. Unfortunately, there is no certain schedule for this bus. Even though the officer said it will come approximately in every 30 minute but some said that the fact is different.

So if you wanted to try catching this public bus, you will find the bus stop point easily. Just go out from the main arrival building then you will find the sign of Public Bus. It was stated that its operating hours is 06 AM to 06 PM. To pay this service, you could use Brunei Dollar or Singapore Dollar. Both has same value in Brunei Darussalam.

Oh ya, I did not see any taxi meter in Bandar Seri Begawan. Some people said there is taxi, unfortunately I found none. So, you better to rent a car from hotel or another car rental company to get around.